The two graphs below, snapshots six months apart, show permitted wells remaining healthy and drilling up. Wells classified as "drilling" and "drilled" indicate that "producing" wells should about double from August 2014 to August 2015. And with 72 new permits issued from Jan 1, 2015 through Feb  7, 2015, in 10 different Ohio counties, there is ample evidence pointing to relatively high activity to continue. 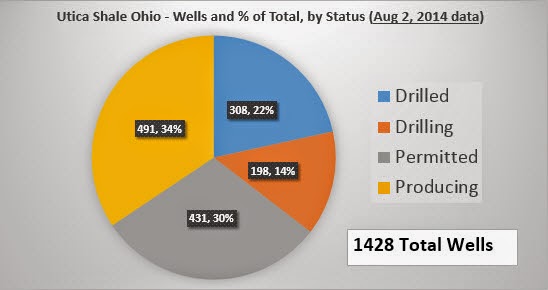 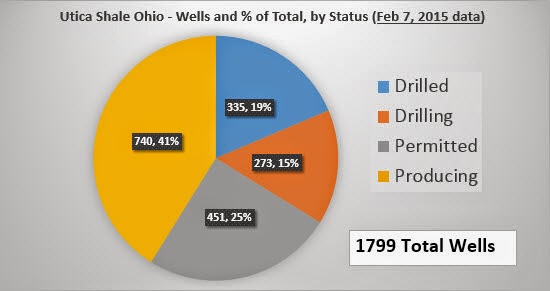